I'm having a sale on eBay!

I moved a bunch of things from my store and started them at 9.95 at auction, with Buy It Now prices at 14.95 - and it's some good stuff too, if I do say so myself! :) Here's just some of my favorites: 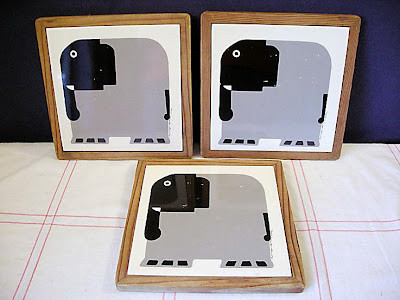 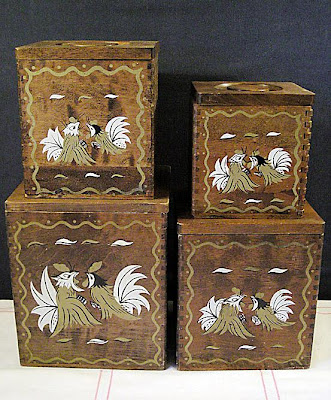 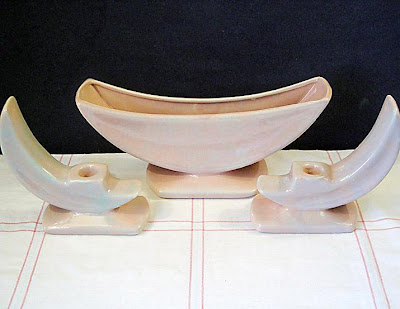 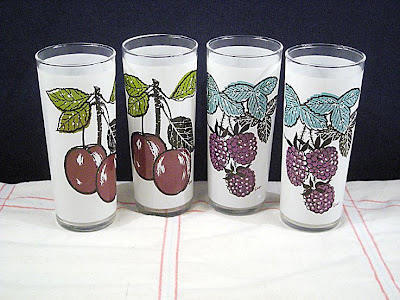 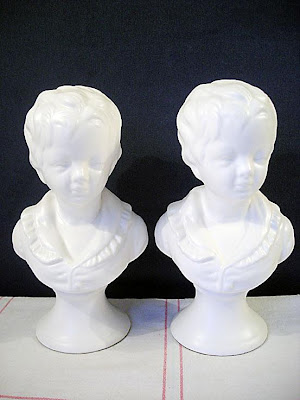 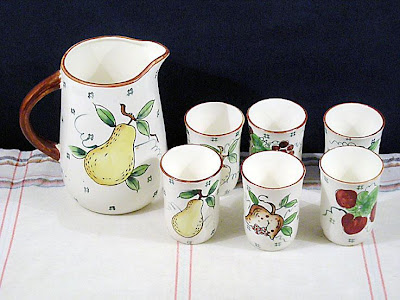 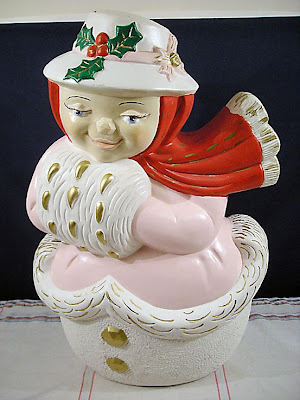 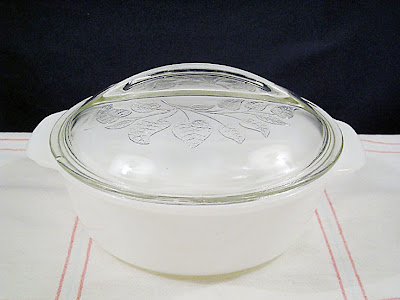 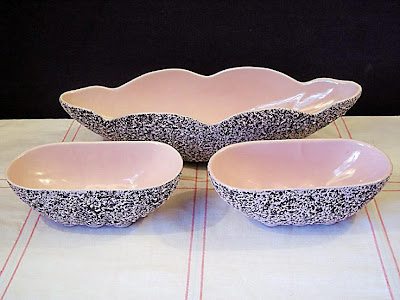 What I Bought At Springfield - On eBay Now :) 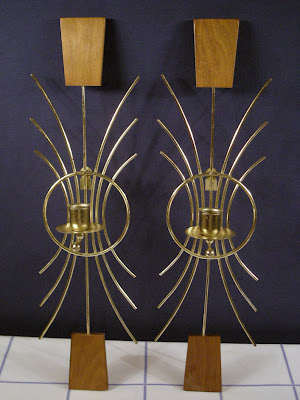 Friday morning I made the 45 minute trip from Columbus to Springfield, Ohio to the Springfield Extravaganza Antique Show & Flea Market. The weather was gorgeous (finally!) and my hopes were high - the last time I went was in 2008, and I walked away with quite a few items that I was able to sell in my stores online.

This year I wasn't as lucky - pretty much everything was priced too far out of my range, and I only made one purchase in the 5 hours or so that I was there. I think if you were a collector, buying for yourself, there were probably some good buys to be had - and there was a LOT of cool stuff to choose from, for sure.

I want to talk about the trends I noted while I was shopping, but first let me show you the few photos I took. I didn't manage to take very many, I was too busy trying to find a booth where I could spend some money. But I did snap a few: 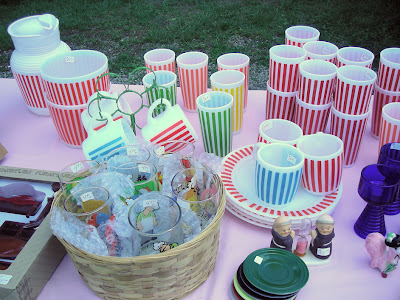 I was totally smitten with this stripey goodness - but really, who wouldn't be? 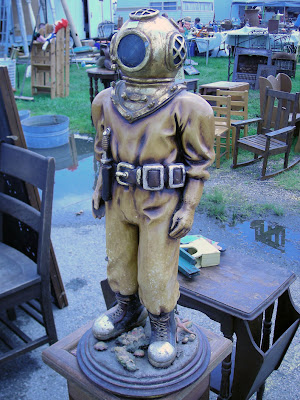 I almost pulled the trigger on this guy - he was big and heavy though, and since I wasn't quite sure exactly what he WAS, I decided to just be content with taking his photo... 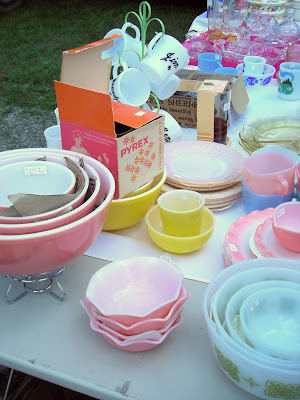 Pyrex goodness, from the same booth as the stripey goodness... 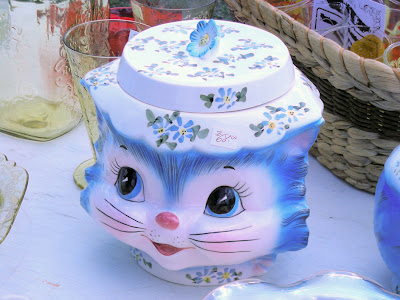 Also from the same booth, a Lefton Miss Priss cookie jar! *swoon*
Of course the stuff I took photos of is not on my trends list - it was just stuff I liked, and would have loved to have gotten. I only have one photo of one of the trends (I know, I'm a terrible blogger!): 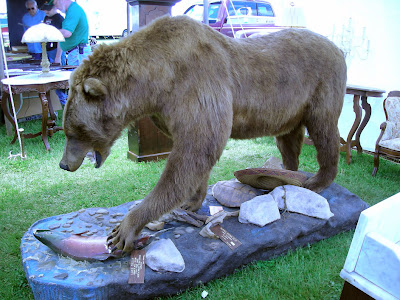 Yes, that's a giant stuffed bear - which I later saw on a trailer, so someone took him home!
Trend #1 - Taxidermy
I was actually kind of surprised at how much taxidermy I saw - the bear was the most memorable, but mostly it was deer heads and antlers. I've seen this as a trend on Etsy as well, so the "ick" factor must have turned into the "cool" factor with at least some shoppers.
Trend #2 - Industrial
Industrial, industrial, industrial. It was EVERYWHERE. I love it, but I actually was a little bored with it by the end of the day. Lighting and storage were the most popular - if you wanted a cabinet with a bunch of little drawers in it, I bet there were a couple hundred to choose from.
Trend #3 - American Pickers
I definitely felt an American Pickers influence at the show, which wasn't surprising considering it's popularity. Those big signs Mike and Frank love were all over the place - actually anything with advertising on it seemed to be hot. I got more of a masculine vibe overall from the show than I did the last time I was there - it was like someone said, bring on the Manitques! ;)
The Anti-Trends - What I Didn't See
I was a little surprised, but mid-century modern was almost nowhere to be found - I saw a few lamps but that was basically it, much to my disappointment. The other thing that was missing was Shabby Chic - there was some, but not nearly as much as the last time I was there. I did see one booth that was painting things magenta and turquoise, instead of the Shabby Chic standard of white, which is a trend on Etsy.

It was an interesting day, even if all I came home with was one thing, and a nasty sunburn. Note to self: don't forget the sunscreen when you go to the flea market! What a newbie move! :P

The Dandy Barber - A Film By Michael Campbell

I LOVE this little documentary - I won't spoil it by going on and on about it, just check it out for yourself. :)

The Dandy Barber from Michael Campbell on Vimeo.
Posted by Mitzi - Vintage Goodness at 3:27 PM 1 comment:

All Comments
All eBay links on V+G=H are through the eBay affiliate program - I get a small commission when you click an eBay link. Thanks for your support!