Today I have another "Why I Love My Job (And The Internet)" stories. Grab a cup of coffee and a snack, it is a bit of a long one!

Last fall I scored a set of 1960's college posters. I didn't know much about them, but I thought they were cool - isn't that just how it is sometimes? Anyway, I set them aside and didn't do anything with them until about a week ago, when I re-discovered them while rummaging through a shelf of to-be-listed inventory.

They were all in a box, labeled Prattonia 1967. A quick Google search led me to the Pratt Institute, a college in New York. I figured they were like a promotional item, as a lot of the posters were for the different departments of the college. I started listing them on Etsy, and made a couple very cool discoveries...

The first one was this poster, for the Graphic Art & Design department: 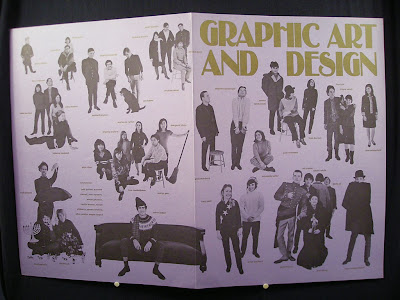 Down in the bottom right hand corner is a guy a lot of you have probably heard of - photographer Robert Mapplethorpe! 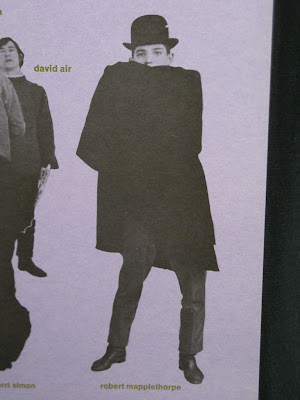 How cool is that? Another quick Google search brought up confirmation that he was indeed a student at Pratt in 1967. 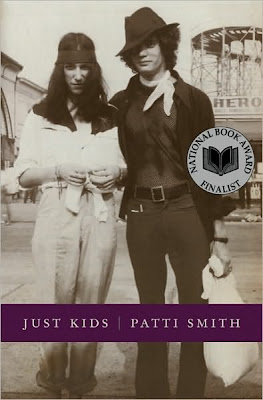 I had actually just recently heard an interview on NPR with rock legend Patti Smith about her new book, Just Kids, which is an autobiographical account of her relationship with Mapplethorpe. The book is on my To Read list, and the poster is at auction on eBay right now.

Once I got that neat discovery sorted out, I kept on listing. I got to one of the most perfectly 60's posters in the lot, that both Will and I absolutely love, and are keeping for ourselves: 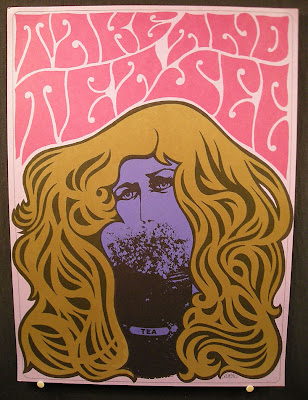 It is signed Delmerico, as is another of the posters (that has already sold - to a lady in Australia!): 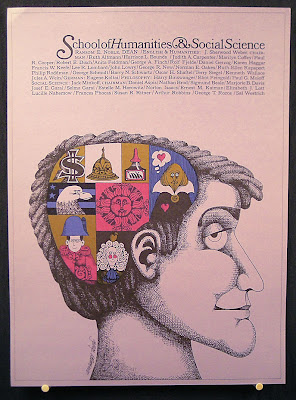 I hit Google once again, to see what I could find out about the obviously ridiculously talented Delmerico... Up popped a Facebook page, for one George Delmerico, with Pratt listed under Education. Of course I had to send him a friend request!

It wasn't long before he accepted my request, and I sent him a message explaining about the posters. I got the nicest email back, which he has generously allowed me to post here:

"A nice surprise, hearing from someone out of the blue.

That box is actually a "yearbox"; it is the actual, official yearbook for Pratt Institute for 1967. It is NOT promotion, though that's arguable.

Robert Mapplethorpe was indeed a friend of mine and donated a drawing to this yearbook - he didn't do photography back then. This "psychedelic" drawing of his is signed by him, and it is a portrait of me, drawn from life on one strung-out night in his weird apartment near Pratt. We later became even better friends and worked together occasionally in the 70s and 80s, on museum catalogs of his photographic art, commissioned editorial photography (I was Art Director of the Village Voice), and we even did an LP record jacket for John Giorno's spoken word label. I knew Patti Smith, too, whom he hung around with those days. I don't know if I'm in her recent best-selling book, "Just Kids."

Unlike the prestigious Gold Medal awarded to Pratt's 1966 yearbook, "my" 1967 Prattonia also won a nice award from the NY Art Directors Club (yes,it was just like Mad Men). And it was included in the Museum of Modern Art's library collection, all of which got my long career off to a great start.

Now I am much older, much poorer, and fairly disabled. Thanks for reminding me of my glorious and sometimes mis-spent youth."

Not only did he contribute artwork to be used on the posters, he actually worked on the design of the entire set! Here is George (holding the saucy bowler hat) and the yearbook team on their very own poster: 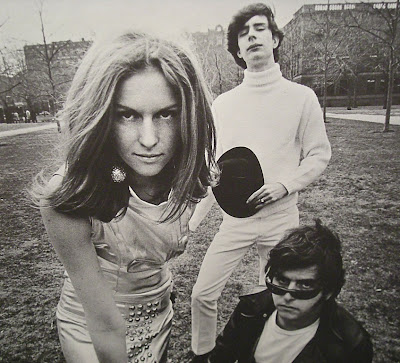 Here is the drawing that Mapplethorpe did of George - this poster was sadly NOT included in the set I got, I'm sure it was removed long ago - George had a scan of it that he was kind enough to email me: 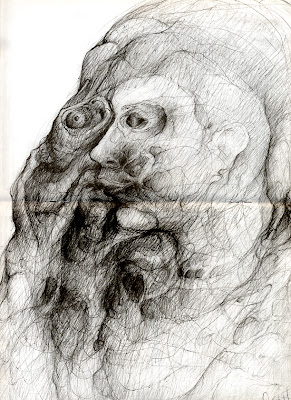 We actually had a very nice extended conversation via email, and I will be sharing this blog post with him as soon as I get it posted. I told him he should write a book - and design it too of course! It sounds like he has led an interesting life, and has tons of great stories to tell - like this one about the above drawing:

"Robert drew in blue ballpoint on a pale yellow sheet; I have the original, which is much more delicate than this scan. I didn’t even realize he was sketching me at the time, but I do remember how sad he seemed that night, and concerned about being drafted, and probably flying high on acid. To please his conservative dad, he’d enlisted in Pratt’s ROTC, for which he apparently had some aptitude (a kind of military reticence) but like all of us he’d turned against the Vietnam War. Hence the torment. Not to mention realizing being gay, this was before all that. I also remember some kind of altar with a rubber chicken. You can partially see Robert’s signature, bottom right, on this crop. One never called him Bob or Bobby."

Needless to say, this whole Pratt poster experience has been a fun one, and a reminder of why I love my job and the connective power of these here interwebs!


Let me show you some of my favorite posters besides the ones above: 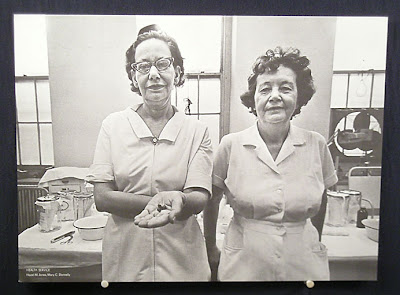 Health Services - this one is already sold... 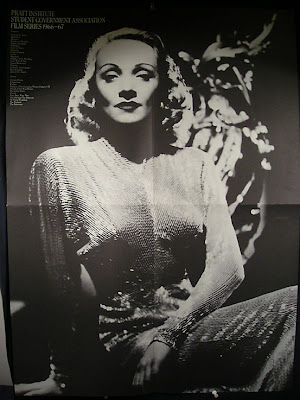 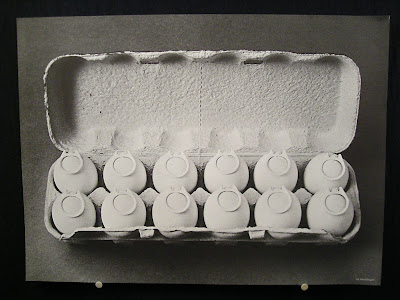 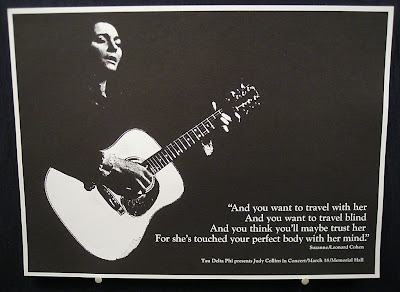 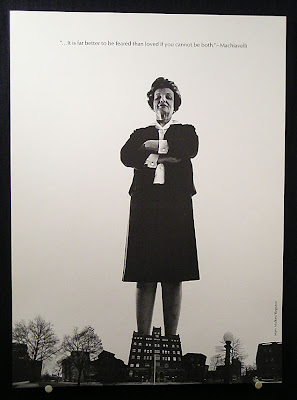 "It is better to be feared than loved if you cannot be both." 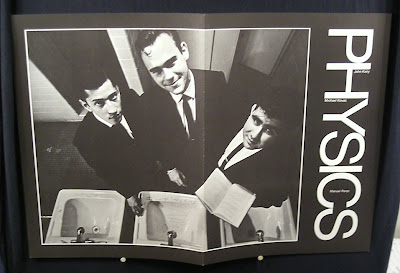 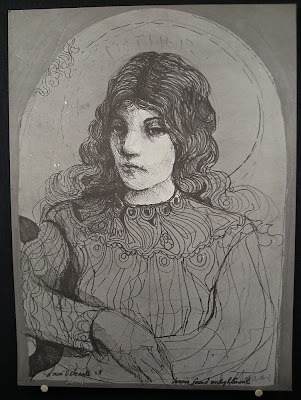 Mother
Well, I guess I could put them all here as my favorites really - they are all awesome! Click on over to check them all out :)
Posted by Mitzi - Vintage Goodness at 9:53 PM

What an absolutely fabulous treasure trove you found, Mitzi! And thanks for all the background info! and -- hi!

WOW! That is amazing, to find out all that history about these posters. Well done! And how fabulous is George Delmerico? I hope he does write a book some day.

thanks for this terrific post. i'm reading "just kids" at the moment. what an intense relationship those two had. i have a photo of my older brother's bedroom from the late 60's and on the walls...the milton glaser bob dylan poster, the solar-photo photos of the beatles...all tossed by our mother when we moved out!

Gina at Vintage Junk in My Trunk said...

That is an amazing story! Love the "yearbook" and the way all the pieces fell into place -- thanks for sharing!

These posters were such a fabulous find!
I've always found my favorite vintage posters at estate sales.
this site will find estate sales in your area, and even email you when one of them has listed, say, posters!

I have just acquires heaps of paper ephemera from a local auction, etchings etc dating back to the mid 1800s. Am listing them in packs for projects. Check it out
www.yonks.etsy.com

I am so glad I took a look at your blog! I bought one of those Pratt Posters for my husband and had the hardest time choosing which one! I had been wondering about them and scanned them all diligently so was really happy to see all this info and the wonderful connection you made with the fellow from Pratt. I considered Pratt, but ended up at SVA a couple of decades after these posters. They do remind me, however, of the energy and originality and feeling of eternal youth of my time there. What fun!

Back when Pratt was more than just it's name...

Thank you for the nice post about George, sadly George Delmerico passed away August 11, 2013.

Awww, I am SO sorry to hear that. :( Thanks for letting me know.