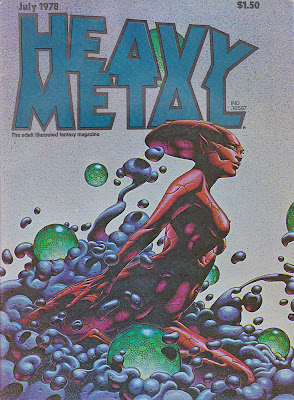 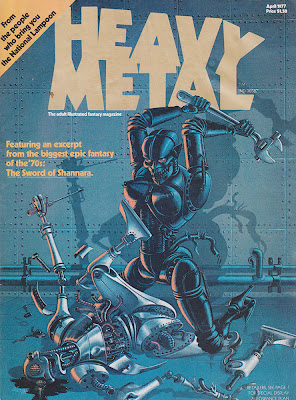 I'm female and ADORE Heavy Metal magazine and the movies. Scooore on the magazines!!!

I was raised with twin elder bros to be fair, though ;)

The magazine is OK although he covers tend to be the best part . The movie is surprisingly good for it's age and the soundtrack is excellent.

South Park guys said it's a really really bad movie? Seriously? South Park is so tired and boring. It was never funny to begin with. And the designs and animation? Talent-free. Heavy Metal was/is/always will be AWESOME!!! A true classic. A masterpiece. Perfect. Getcher greedy, selfish claws off your boyfriend's stuff!