Is my Country Home subscription going to be replaced with Traditional Home magazine?

I posted the sad news of Country Home's demise a while back, and since then I have been checking the website looking for info on what my subscription will be replaced with. I've gotten no official word - nothing in the mail letting me know the magazine is closing, or anything like that. I think they are close to releasing the final issue, I should have heard something from them by now!

Anyway, I went over to the site tonight and the pop up is different - it advertises a subscription to Traditional Home magazine. Perhaps that is the intended replacement for those of us who subscribe? 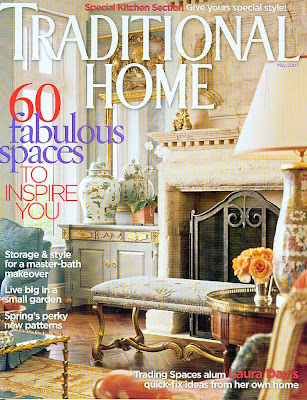 I didn't like the sound of it - Country Home was "a more modern country" - not quite Traditional in the, well, traditional sense of the word. So I headed over to their website to check it out. I'm happy to say that I'm now a little bit more hopeful...

From their Decorating and Design section: 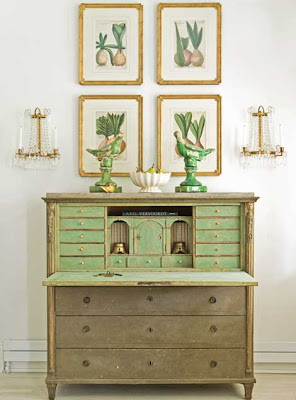 "In accounting practices, everything is black and white. So when financial analyst Loi Thai decided to make a leap from his world of numbers to become an antiques dealer, he seamlessly made the transition by selecting Swedish-style acquisitions that glow in the palest of colors—white in all of its forms." 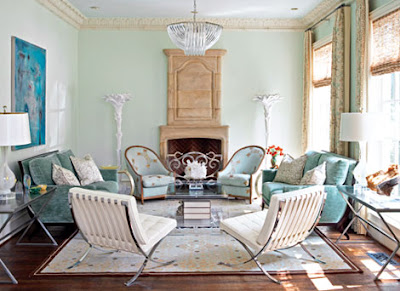 "Can a home designed with mid-century modern furniture that’s heavy on light-loving Lucite and mirrored veneers be considered traditional?" 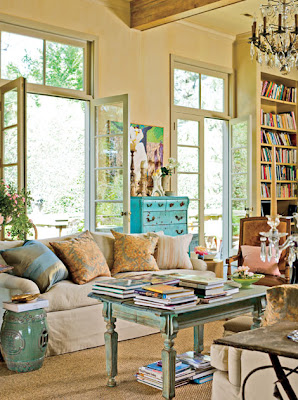 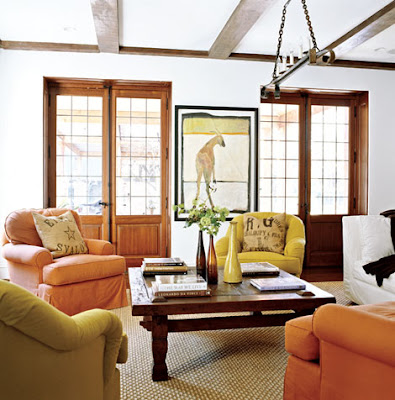 "Kay favors clutter-free and simple designs with an emphasis on texture and form."

From their Antiques & Collecting section (which appears to be run by the Keno brothers - Leigh and Leslie - from Antiques Roadshow, or at least they have a lot to do with it - their identical mugs are all over the page!): 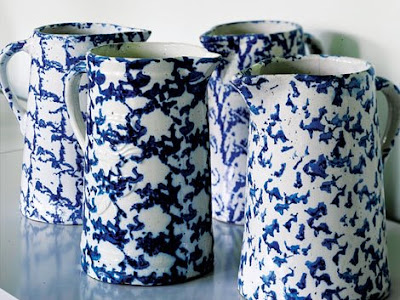 “When we were kids, our bathroom soap dish was spongeware,” recalls Leigh, editor-at-large for Traditional Home magazine, where he and twin brother Leslie co-produce a regular column entitled “Keno Eye.” 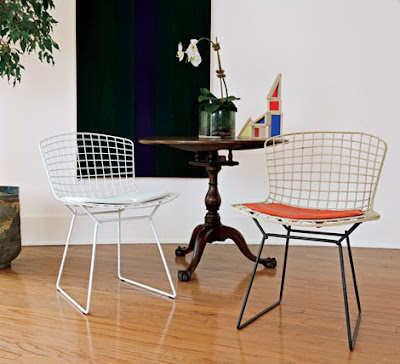 "What moves them to go back in time is good design. And increasingly, the Americana experts are reaching back a mere 50 years to collect such mid-century classics as the set of four white wire side chairs made by sculptor Harry Bertoia."

There are also Garden, Food, and Travel sections, none of which ever really appeal to me, no matter what magazine they are in...

I guess I will reserve final judgement until I receive a few issues and can really dig into them - assuming of course that it will be coming to me, which I don't know for sure yet...
Posted by Mitzi - Vintage Goodness at 9:22 PM

I've received Traditional Home before & it's okay, not nearly as good as Country Home though. I'm so sad that Country Home is no longer going to be published. And my very favorite, Cottage Living, ceased to exist in December 2008, to be replaced with Southern Living. Now I'm left with only a Country Living subscription, which I like, but goodness gracious, what happens if they go under?

I was wondering the same thing about my Domino magazine subscription, no letter officially informing the subscribers what would happen with their current subscriptions, nothing on their website about it. I guess we just have to wait and see what falls on the doormat!

Still waiting to hear, also - I wonder exactly how long they will make us wait before letting us know? I subscribed to Traditional Home for many years before cutting WAY back on my magazines when I quit working. I'll be fine with it, if that's what they offer as a replacement. But no, it's not the same as Country Home, and I will always miss that publication.

It is so sad. So many great magazines are folding. Country Home was one of my favorites but Domino and Home Companion--I liked those too and both are now gone. All those people have lost their jobs, which is really terrible too.

So that's what happened. I've been waiting for my issue; at least I know it won't ever come. :( And I just subscribed to Country Home this fall through my daughter's school magazine drive. I really like Traditional Home and won't mind if that's the replacement, but it really doesn't fill the niche that Country Home did: realistic and comfortable decorating....

Country Home subscriptions are being replaced with Family Circle.

Family Circle is no way near the magazine as Country Home. I would take Traditional Home anyday. In fact I am going to be asking for my money back from Country Home.

And yes I am sad about the magazine closing. I loved it, along with Cottage Living, another one closing.

My last issue of Country Home had an insert announcing Better Homes & Gardens would complete my subscription (a recent 2 yr subscription!), but so far, nothing further, no BH&G.

Yes I was notified that I would be getting BH&G also, but haven't received one yet... Who knows!!