I love finding a huge box of vintage magazines at an estate sale - I always do a secret little happy dance (while trying to look casual, of course) as I scoop it up and run it to the checkout table. Last weekend I found a box of fashion magazines from the 1970's and 1980's - the one on top was this one: 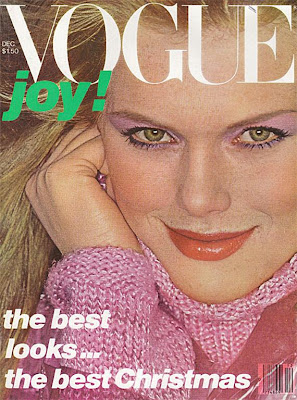 Vogue magazine? Are you kidding me? I dug right into the box, under the Vogue was a few of these: 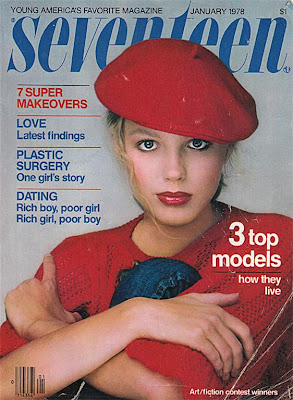 What teenage girl doesn't read Seventeen magazine? If I ever find any of the ones I read back in the early 90's I'll flip. (I would truly die if I found a big box of Sassy magazines though - that was my teenage Bible, and I sold all of them at a yard sale before I went to college, like a total idiot.)

Under the Seventeens were a few of these classics: 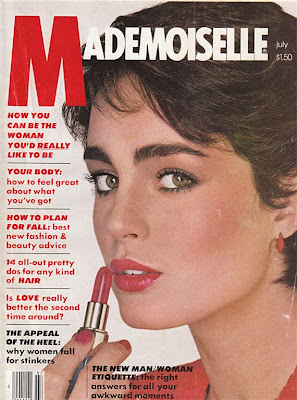 And the rest of the box? 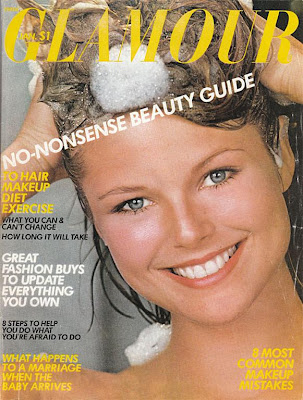 Yeah baby - Glamour magazines - a ton of them! Four of them have Christie Brinkley on the cover - apparently in the mid to late 70's she was Glamour's favorite cover girl.

Head on over if you want to check them all out! :)
Posted by Mitzi - Vintage Goodness at 10:01 AM

Seeing the covers for these magazines brings back memories for me! My favorite ones were the Elle covers from the '80's. There may be even more interest now in vintage fashion magazines, as their fate is really uncertain. With the economy the way it is, magazines can't get the advertising rates/accounts that they used to.

Sassy! I completely forgot about Sassy magazine - thank you!

What a great find.

lucky, lucky you. (found you on retro renovation by the way).

The old magazines are charming! I recently received a big one from Italy containing huge variety of full-page pics of women, materials, parfumes, furniture. It is if you like to make decoupage.

Oh, dear! Esme on the Mademoiselle July 1979 cover! She was one of my very favorite models during the late 70's/early 80's.

Do you remember when Harper's Bazaar published their annual ten most beautiful women in the world issue? I believe it was their September issue. I always looked forward to receiving it in my mailbox. I'll never forget the covers with Elizabeth Taylor and Grace Kelley.

There is such a tight knit market for the vintage, and I agree with that we could all do a little more vintage. I am in the market right now for some vintage shower curtains.

I just saw a copy of this exact magazine on the television series That 70s Show. Episode 9 season 2. Wonderful!